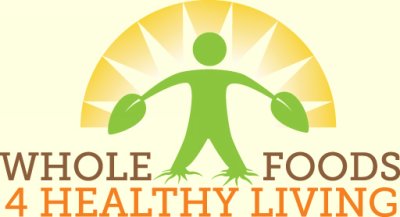 Well, Nancy and I attended the ‘Truth About Cancer’ event in Orlando Florida.  It was held at the Marriot Grande Lakes; a beautiful hotel and facility.  Unfortunately, even though many paid a lot of money for the event, the Marriot was charging $25/day for parking; with discount (only if you asked for one) was $16.00.  That’s a lot of money.  Everything at the Marriot is expensive!
The opening and some of the talks were pretty interesting and focused on the horrendous job that the ‘medical profession’ is doing combating cancer; basically, a Total FAILURE.  Billion$ spent, barbaric/deadly treatments given and there has been NO improvement in cancer deaths since Nixon’s War on Cancer began.  Lots of money made by the ‘medical industry’ but not going so well for the patients.
The focus was on the horrendous and ineffective treatments perpetrated on so many unknowing and bamboozled cancer patients when the Cause is never identified and the treatment is just drugs, radiation and poison.  Never ANY mention of simpler solutions involving Whole Food Plant Based Nutrition that is and has been shown to be MORE effective than the most noxious chemical that are basically killing patients before the cancer gets a chance to do so.
While the conference did a great job of pointing out the dramatic, historic and on-going failure of the ‘medical industry’ to do much to halt, reverse the progression, much less CURE anything, it barely mentioned how a Whole Food Plant Based approach could prevent and often reverse many/most forms of this dreaded disease.  Yes, it talked about nutrition but was mainly focused on the high fat, diabolical and often deadly ketonic diet.  What a disappointment.
In fact, many of the people (cancer patients and others) hadn’t even heard about the existence or effectiveness of a Whole Food Plant Based Nutritional approach.  In several cases, we got the same question: “Where do you get your protein?” which proves that most were totally ignorant of the high protein content in vegetables, nuts & seeds, much less the benefits of eating Whole Plant Foods.
We did provide several copies of Chef Nancy’s Book: “Restoring America’s Health ~ Simple Steps to a Plant Based Lifestyle”, we doubt it will get much attention or be read; but who knows, miracles can happen.  Fortunately, our approach doesn’t focus on very profitable supplement programs, rare and exotic herbs/spices, but just Whole Plant Foods available at your local grocery store.
So, we appreciated the efforts of all those speakers and value the lives of all those participating (both in person and on-line), we really cannot offer much support for the direction this group has taken.  Somewhere they got ‘off track’ when they diverted from a simple Whole Foods Plant Based Lifestyle approach to begin promoting a high fat and dangerous ketogenic diet, expensive supplements and programs.  I guess it’s true.  You always must follow the money trail.
*************************************


Skip Stein is a Polymath Health & Wellness Lifestyle Counselor and Corporate Productivity Consultant focusing on the power of Whole Food Nutrition and the delicious nature of a Plant-Centric Lifestyle.